Welcome. Chicago-based rock band, Clara May, burns their own immigrant imprint on the British Invasion sound of the Yardbirds and early Led Zeppelin. The new album, American Desi, charts the inner journey of an immigrant to America. At a time when immigration has become a flashpoint and an issue that divides the country, American Desi follows a young man from the shores of Asia to L.A. to Middle America. A haunting journey of border crossings, loneliness, love and ultimately triumph. Mastered by Doug McBride of Gravity Studios (Veruka Salt, the Walkmen), the album is a sprawling early 70s rock experience spanning brooding rock ballads and barn-burning guitar anthems. 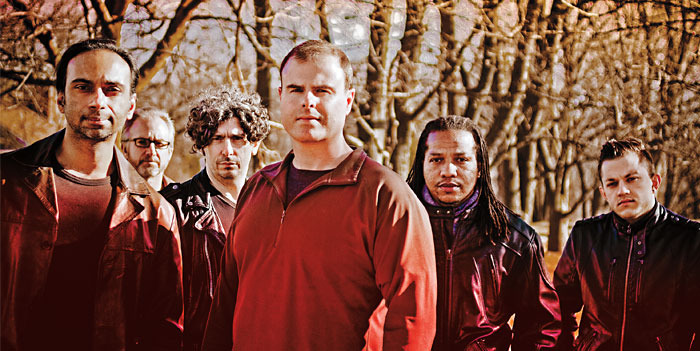 "Thoughtfully poetic and sensuous...songs that shift
between brooding interior monologues and pointed commentaries
about the state of the world. "
– iTunes

"A truly fine and mature album. Listen to the lyrics or simply get
swept away by the musical tide. "
– WTTW TV